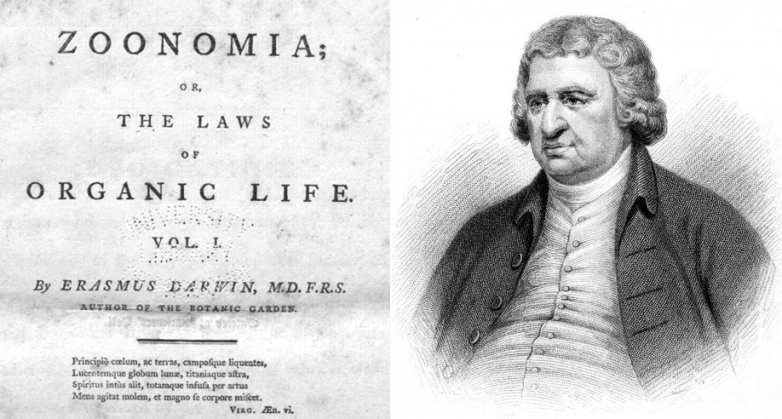 Erasmus Darwin (1731-1802) was one of the most remarkable men of his time, and the author
of original discoveries.
He was among the first to support the variability of species in a time when it was widely thought
of their fixity and immutability.

"Zoönomia" is the title of one of his works published in 1794, in which the author is freed from the constraints of the eighteenth-century materialism and exposes its biological vision in terms of dialectic, in some respects singularly modern. Reading his pages it appears that he had understood the doctrine of the mutability of species. Now the only missing points were the studies, research and discoveries that his nephew Charles then dedicated to the development of Erasmus's ideas.

To read his work, download an Ebook version by following this link.